A new lugworm (Arenicola spp.) in the UK

I took this video on August 12th 2020 during a snorkel over my intertidal study site in the Solent. It shows an egg mass of my case study species Arenicola spp. (note the text here updates some of the comments I made in the original video).

This first freeze frame just shows the siphons of one of the dominant bivalves on the shore here, Cerastoderma edule or the common cockle, the sediment is littered with these in many areas.

Of those species currently described there are two candidates which are, A. brasiliensis and A. cristata. However, these two species are morphologically very similar so for now the the identification remains at the Genus level, Arenicola.

​It is not yet clear whether the species made it to our shores by natural processes or whether it was assisted in some fashion but it has certainly been living and reproducing here on the south coast of the UK for a number of years. Note, that the two species of lugworm native to the UK, A. marina and A. defodiens, do not produce egg masses (instead they brood fertilised eggs in the burrow).

As can be seen in the video the egg mass was being thrown around by the tidal currents, even on this calm day, so I’ve slowed the video down and studded in a few freeze frames in the hope that you don’t get too queasy with the poor filming!

This particular egg mass had been in place for several days, as indicated by the absence of transparency. When first produced the egg masses are clear and the developing larvae within can easily be seen. But the outer surface soon becomes rougher and begins to get a diatom coat which completely obscures the contents. A characteristic frill, or ring can often be seen towards the top of the egg mass in the video. 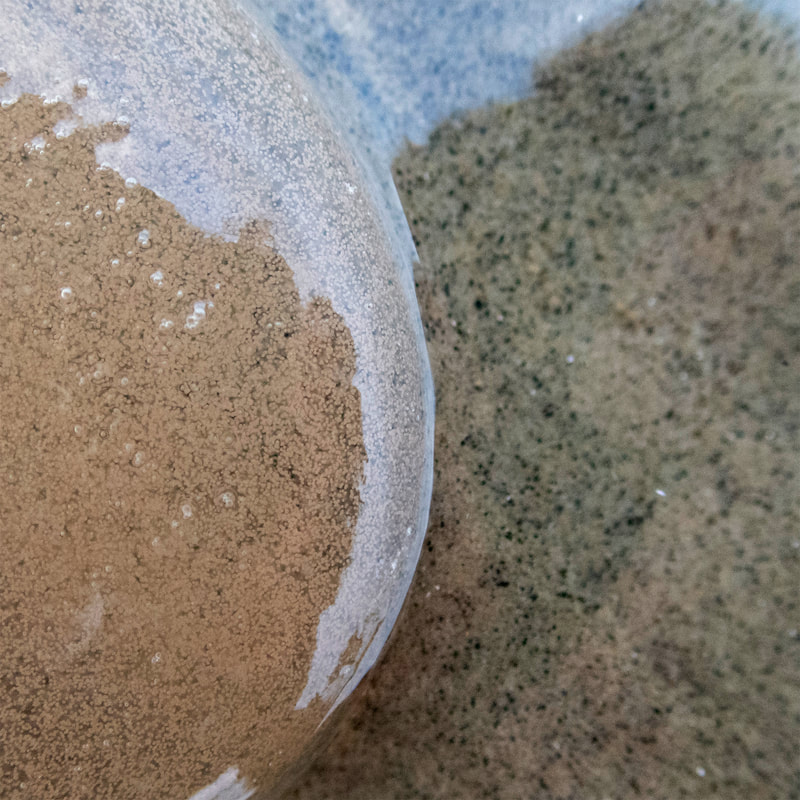 This egg mass is freshly laid as indicated by the clarity of the gel and the developing larvae easily seen within. Note the random distribution of these within the gel.
The egg mass itself is tied back into the sediment not by a single thread, as would appear to be the case on the surface, but by branching rootlets within the sediment. I suspect this is why they can remain tethered in place even in quite rough conditions. They naturally detach after a period of about 4 to 5 days or so, if rough conditions have not ripped them from their mooring earlier. Based on current observations, the tie-back is not to the tail end where the casts are produced. That said Okada (1941) notes that some egg masses were associated with the cast-end. My guess is that they are produced either from the head end of the burrow or that a dedicated egg-exit point is created and a new head tunnel dug for the burrow.

I have recorded many instances of dual egg masses clearly suggestive of single females producing more than one egg mass consecutively. This is interesting in the context of the video because of the large smooth mound visible just to the left of the egg mass here. I speculated at the time that it might be possible that this conspicuous mound was concealing another egg mass being formed by the lugworm living here. Subsequently, I have observed egg masses being produced in the field where they were very slowly being pushed out of the burrow onto the surface of the intertidal muddy sand. Thus the mound in the video may be unconnected with the lugworm.

Note that the dual egg masses pictured as an inset in the video, though also imaged in August 2020, are from a different location on the same shore. The dual egg mass image was taken before the day of the snorkel trip.

These worms often break when dug-out and are pale in colour compared to the darker hues of our native species (though colour may vary depending on the time of year and reproductive state).
On the same shore where I originally found the large Arenicola sp. egg masses, at other times of the year you can find the reproductive products of Scoloplos armiger (February) and Phyllodoce (April). The egg masses or cocoons of these two polychaetes are very small in comparison (roughly thumbnail size). 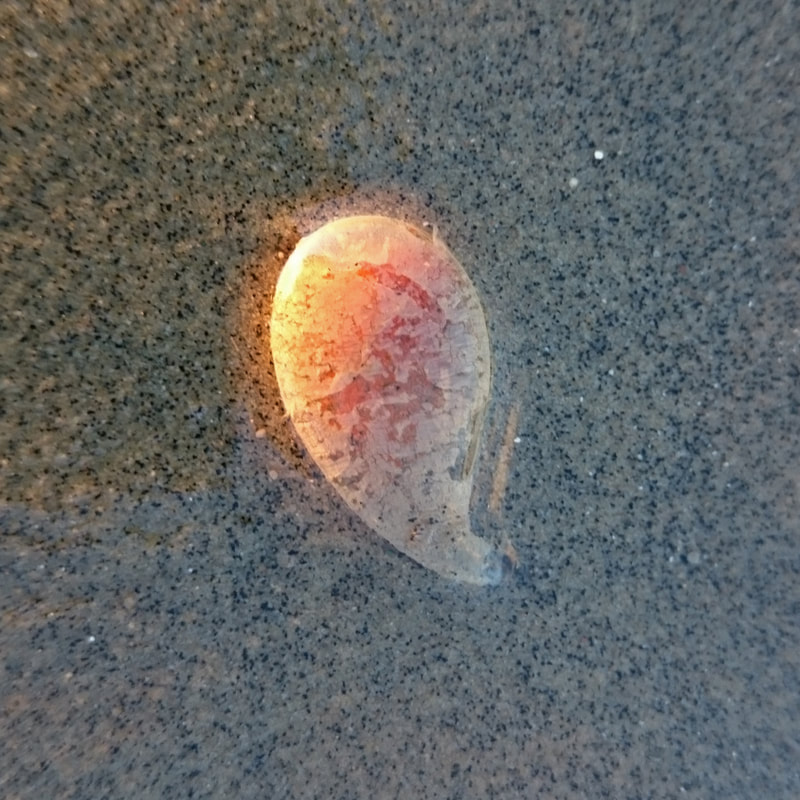 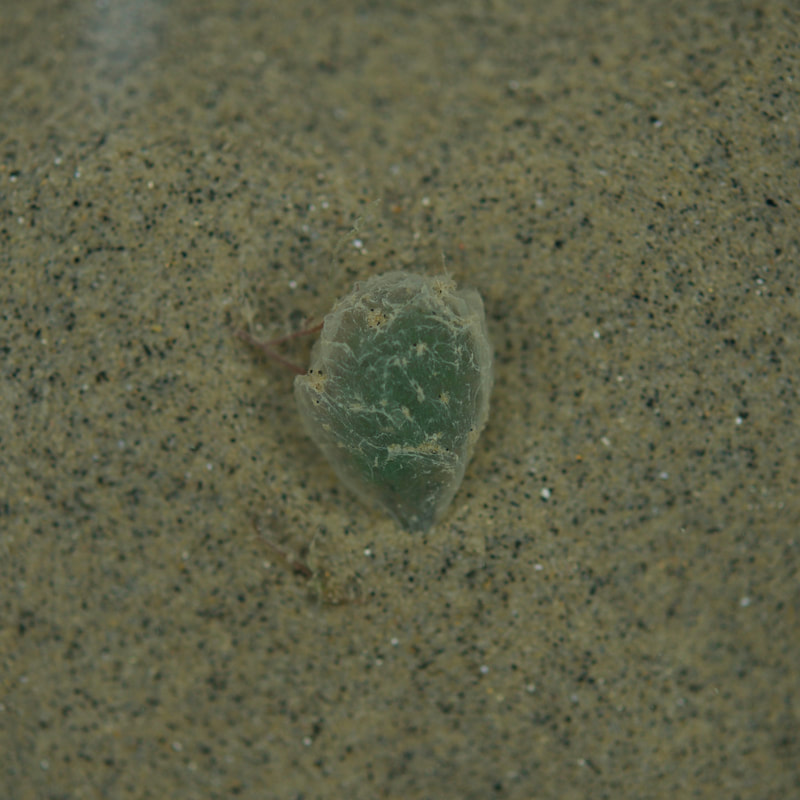 Phyllodoce egg mass.
​When I first encountered the large Arenicola sp. egg masses I went through a process of discounting other possibilities. For example, it was possible that the egg mass might have been laid by a species of mollusc as many molluscs produce gelatinous masses of various shapes and sizes. So on the shore in question one possibility might have been Philine aperta (paper-bubble). P. aperta has flask-shaped egg masses that can be quite large. But the developing larvae within the mass are arranged in very ordered lines (which seems to be true for a lot of mollusc egg masses more generally). Whereas those in the Arenicola sp. egg mass are, from what I have seen, distributed randomly within the gel (see image above).