There is always something to see (Plate 1). Even on the last snorkel, before the ferry shudders free of the harbour wall and all you can do is gaze out through the salt-caked glass at the impossible blue. 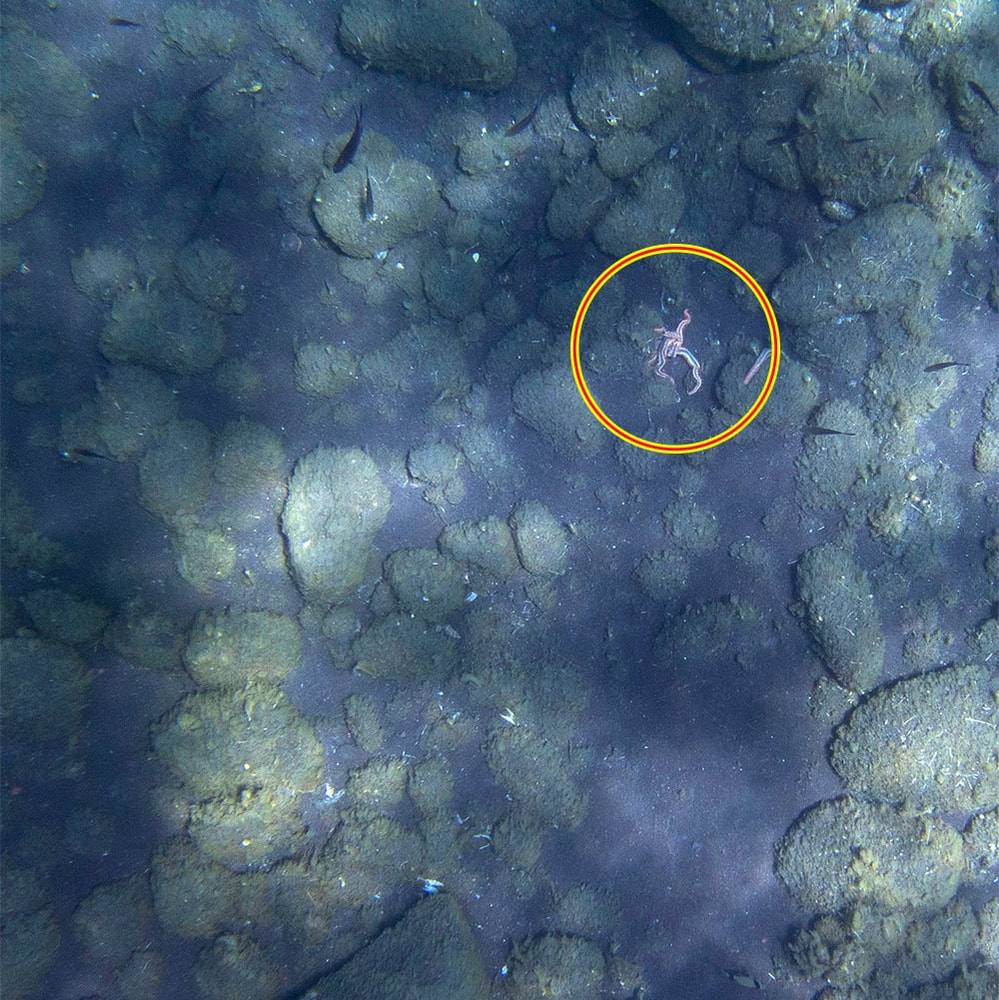 Plate 1. A cluster of fireworms, how can such a bouquet be ignored?
Hermodice carunculata, the bearded fireworm is, like the mauve stinger Pelagia noctiluca, much maligned, and for similar reasons. Yes, if you think that it’s array of bristles and velvety colours are inviting you forward like the languid flop of a purring cat you will surely be taught the error of your ways.

I snorkelled a short distance out from the beach with my eyes fixed to the seabed below. In previous days I had controversially, spent some time carefully scooping up fireworms into my daughter’s little hand-net and shifting these animals further offshore so they might escape the wrath of nearshore bathers. Their large size, 300mm to 500mm in length, and colouration makes it easy to spot these solitary animals as they move about (George and Hartmann-Schröder, 1985; Simonini et al., 2018; Read and Fauchald, 2020).

What hooked my attention today, in about 4-5m of water, was something I’d never observed previously, a writhing cluster of fireworms (Plate 1). What were they doing? Feeding? Mating? Was it some sort of territorial aggression / dispute? Is that last even possible in annelids… turns out it is, at least in some cases, though not this one e.g. Roe, 1975.

I made repeated dives down to observe more closely (what else is a biologist to do?). What was immediately clear was that there was another species present and this appeared to be the central focus of the worm-ball. A ragged specimen of P. noctiluca (Plate 2). 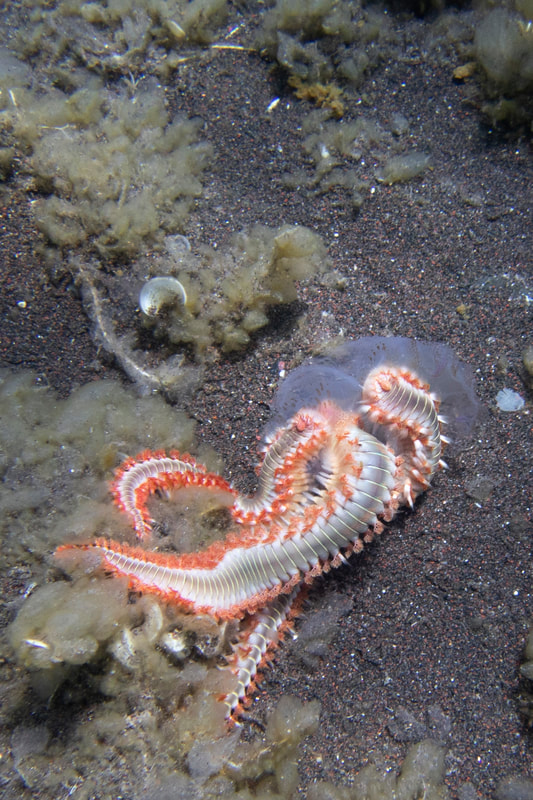 Plate 2. Fireworms and the remains of a mauve stinger.
It’s usual to see P. noctiluca in the water column but also, particularly after strong winds, you can find damaged examples rolling about the sea-floor. These might have been stranded and then washed back out to sea, pushed against coastal rocks or, targeted by bathers. Whatever the cause they are usually in various states of degradation exacerbated by their inability to maintain their pelagic dance. This particular specimen did not look fresh and this no doubt aided its capture by a benthic omnivorous predator.
​
I was then lucky enough to observe a second piece of behaviour from a solitary fireworm that was perhaps no more than a metre or so from the worm cluster. (Plate 3). 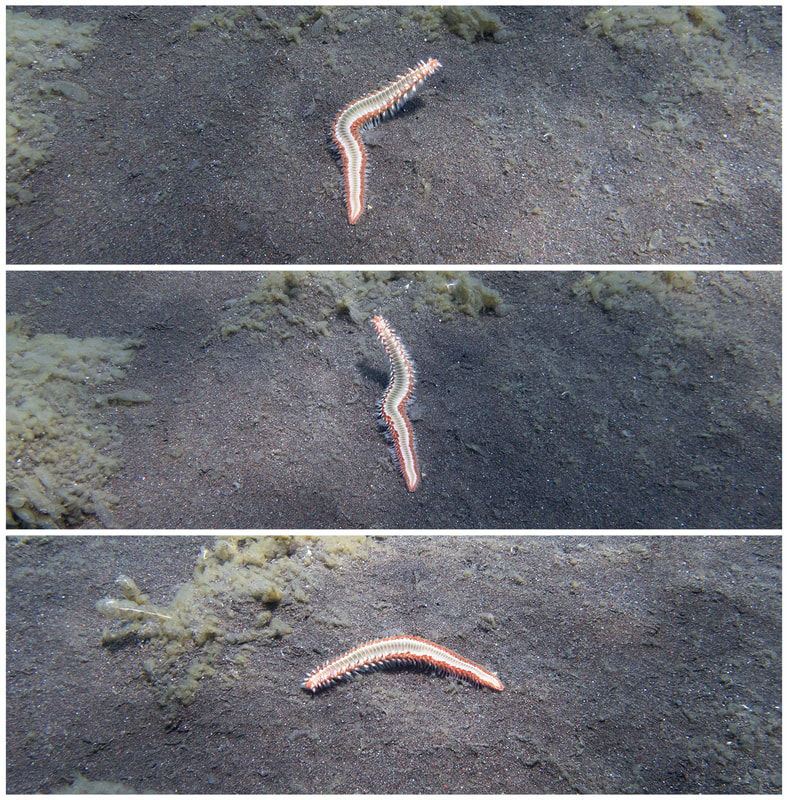 Plate 3. What is this fireworm doing?
Again, this was entirely new to me. A fireworm raising its anterior section up off the seabed and wafting it back and forth, snake-like. This was as exciting as seeing the worm-ball! The obvious conclusion jumped into my head, it’s searching, sensing, ‘sniffing’ and has detected something of interest nearby.

Predation then, right? We know the species is omnivorous, a predator and that it also feeds on carrion (George and Hartmann-Schröder, 1985; Schulze et al., 2017). Job done, pack your bags and let’s go home.

But wait. Let’s not be hasty. What other questions might we ask and how well could we answer them? What if this harvest was reaping something else? Was it purely calorific value or is there an additional element here? Might we expect more observational evidence in the literature if such behaviour was triggered simply by the chance of a good meal? How much food value is there in a jellyfish snack, especially given the evidence which suggests they can no longer be considered trophic ‘dead ends’ (Milisenda et al., 2014; Stoner and Layman, 2015; Barfield 2019)? What else could be incentivising this concerted and somewhat frenetic group behaviour?

How about the acquisition of defensive chemical weaponry when maybe, you can't manufacture your own? What if your only chance to tool-up depended on finding and ripping out the expensive molecular products of a species that normally inhabits a different realm to you?

Imagine a chemical plume emanating from either the prey or those scavenging upon it or, perhaps an interaction of the two? A dispersing gradient, or perhaps more simply, a path to the source location? Does H. carunculata follow subtle changes in concentration of a particular agent and if so how do they recognise that agent? The wafting head appears to suggest the process is refined. Tracking first one way, then the other, to discern which way might be best to proceed.

But how? What do we know of chemoreception in polychaetes or, more specifically, amphinomids? Where might their olfactory or gustative structures be found?

It is understood that important ecological functional responses such as those associated with defence, reproduction, recruitment and feeding depend on the detection of chemical cues. This is true for polychaetes and marine organisms more generally. Beyond this, details of exact mechanisms are lacking though the nuchal organs are considered to have a sensory function as does the caruncle (Lindsay, 2009).

In amphinomids the nuchal organs sit to either side of the caruncle (Lindsay, 2009). In H. carunculata the caruncle extends back dorsally from the prostomium over four chaetal segments with six to eight lateral folds which may also have secondary folds (George and Hartmann-Schröder, 1985). So, raising your head high to ‘sniff’ or taste the chemical current when something of value is detected nearby makes good sense. It would presumably offer the possibility of confirming that detection, as well as potentially enhancing the directional picture. Given the likely energetic cost of this the rewards would have to be of some value.

I'll be honest. We don't often visit Southern Italy in August. It's hot and everyone is on holiday. Even simple tasks become more arduous and fraught. But it provided a very useful perspective with regard to fireworms. I saw more than I encounter at other times of the year including a number of smaller ones, compared with previous experience. Certainly I saw the smallest examples of the species I’ve seen to date. Plenty of questions here for someone with a bigger temporal dataset, funding etc. In fact, Simonini et al., (2018) report that H. carunculata, ‘has become increasingly noteworthy’ in the Mediterranean with, ‘sightings of 10–30-cm long specimens’ increasing in shallow coastal waters.

Let’s consider some other questions. What if you enter this world naked and defenceless? Automimicry would offer a certain amount of protection but it’s not really a primary defence (Svennungsen et al., 2007). So the question is does H. carunculata make its own toxins at all or, does it rely entirely on harvesting them from other species? Producing toxins is costly so if it relies completely on the latter mechanism we might anticipate that predation pressure on juveniles would be greater, given they could be less likely to have encountered a species from which to sequester any toxins? If I was a hungry predator I might be more likely to try eating small fireworms. But going forward we might want to set against that the fact that jellyfish populations are increasing which presumably could mean more food / toxins available for populations of fireworms?

The literature suggests the answers are currently unclear but evidence seems to indicate that H. carunculata may harvest toxins and potentially cannot make their own (Schulze et al., 2017; Stoner and Layman, 2015). Gleib et al., (1995) found that H. carunculata that have fed on Palythoa, a white encrusting zoanthid that can form thick mats on dead corals and other hard substrata, subsequently contain high concentrations of palytoxin (PTX). However, they go on to suggest that the worms must have considerable resistance to PTX and speculate that this could disable its functional use as a predator deterrent. Simonini et al., (2018) note that the tufts of fragile dorsal chaetae which create the ‘bearded’ appearance, ‘are filled with an uncharacterized toxin’.

On Abaco Island, which is part of the Bahamian Archipelago in the western North Atlantic Ocean researchers have observed H. carunculata feeding on the jellyfish Cassiopea spp. (Stoner and Layman, 2015). As in the example presented here, the authors reported multiple worms feeding on a single jellyfish, “wrapping their bodies either partially or completely around it”. These authors also speculate that H. carunculata may be sequestering toxins from Cassiopea and other sources such as benthic cnidarians.

It’s worth noting that during this activity the fireworms involved are very much exposed and occupied. However, since it is not unusual to see solitary fireworms moving around on the seabed this suggests a certain level of immunity to predation otherwise why not remain more hidden? Or do the benefits of feeding on species such as P. noctiluca outweigh the potential risks?

In terms of reports of group feeding activity by H. carunculata, Simonini et al., (2018) found evidence of this for a number of species including upside-down jellyfish, Cassiopea sp., sun anemone, Stichodactyla helianthus and purple sea urchin Paracentrotus lividus. Clearly, P. noctiluca can now be added to this inventory.

Simonini et al., (2018) also reported fireworms, ‘rushing towards’ prey and attributed this to, ‘their developed anterior sense organs’. The observations and images recorded here reinforce the possibility that this interpretation is correct.

Fireworms can consume a range of chemically-defended species, the selection varying depending on where they are found, presumably both on a local and global level. If they do sequester toxins do they focus on one particular species or do they, more simply, take what they can get? Simonini et al., (2018) note that the Mediterranean specimens of H. carunculata they studied consumed several chemically-defended organisms including Asterina gibbosa (starlet cushion star), Coscinasterias tenuispina (blue spiny starfish), the nudibranch Cratena peregrina and the colonial star ascidian Botryllus schlosseri. In addition the species is also cannibalistic in starvation scenarios.

As noted by other authors it would be valuable to understand more of the behaviour, population dynamics and importance of this species of amphinomid given its likely ability to weather the rapid changes occurring in the marine environment (Simonini et al., 2018; Stoner and Layman, 2015). How will they respond to the tropicalisation of Mediterranean trophic structure (Encarnação et al., 2019; Simonini et al., 2018)? What species might benefit should populations of H. carunculata increase?

There are plenty of unanswered questions and / or uncertainty with regard to H. carunculata and its life history. For example, what are the principal predators of the species in the Mediterranean? How might these be identified? If H. carunculata does obtain it’s chemical defence from P. notiluca could it be that some of the predators of this jellyfish might also be predators of fireworms to some degree? Milisenda et al., (2014) reported that P. notiluca was an important food resource for the commercially valuable fish, Boops boops. These authors also identify two turtles, eight other fish and one crustacean that feed on P. noctiluca in the Mediterranean. This list might be a useful starting point. If you follow the Boops boops trail you find they are abundant around fish cages as is H. carunculata. That said gut contents analysis found no polychaetes in fish sampled from beneath the cages, perhaps because of the ready rain of pellets available to them (Arechavala‐Lopez et al., 2011; Riera et al., 2014a; Riera et al., 2014b). However, some undescribed species of polychaete were identified from the guts of nearby populations of Boops boops (Arechavala‐Lopez et al., 2011).

If it turns out that H. carunculata do need to harvest toxins from external sources how often might they need to consume a mauve stinger for example, to top-up their defence system? How do they know? Or, would one such ‘meal’ be enough? Etc. etc.

One thing is certain, the P. notiluca at the centre of the activity I witnessed was consumed, toxins and all (Plate 4). 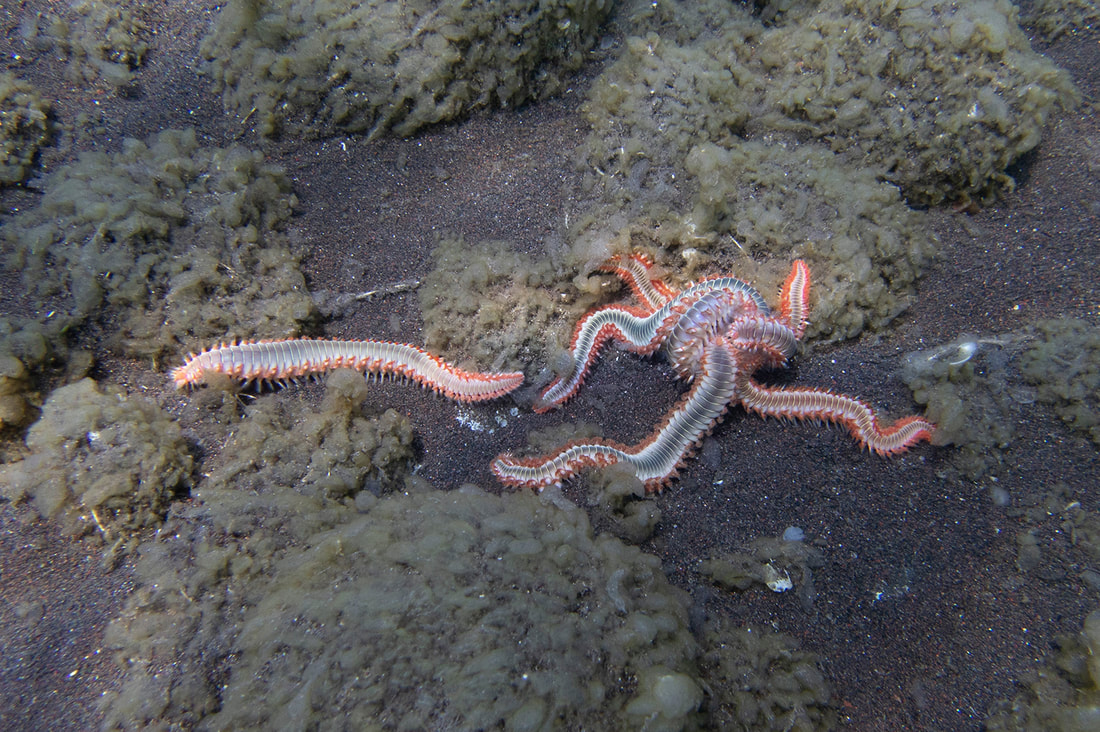 Plate 4. End game, the mauve stinger is no longer visible and fireworms begin to depart.
​References

George, J.D. & Hartmann-Schröder, G., (1985). Polychaetes: British Amphinomida, Spintherida and Eunicida. Keys and notes for the identification of the species. Synopses of the British Fauna (New Series), No. 32. Published for The Linnaean Society of London and The Estuarine and Brackish-Water Sciences Association by E. J. Brill/Dr. W. Backhuys, London, Leiden, København, Köln, 221 pp.