Farr (1978) noted the absence, within the scientific literature, of reports of crustacea feeding on medusae, with a review from almost a decade previously finding just three crustacean species preying on live jellyfish (Phillips et. al., 1969). Fast forward almost thirty years and in an in-depth review of predation on pelagic coelenterates it was identified that in general, gelatinous organisms were still not recognised as prey with some reports writing them off as largely, food-web 'dead ends' (Arai, 2005). Twelve years later, in a note on benthic scavengers and predators of jellyfish it is noted that despite mounting evidence to the contrary jellyfish were still on occasion being labelled 'dead-ends' or, rarely predated (Ates, 2017).

​​It takes concentration, focus and a keen eye to spot feeding behaviour rarely documented in the literature so I should make it clear that this behaviour was first observed and commented upon not by me, but by my four and half year old daughter, Giorgia whilst playing on a stony beach frequented by visitors to the island of Salina (Plate 1). 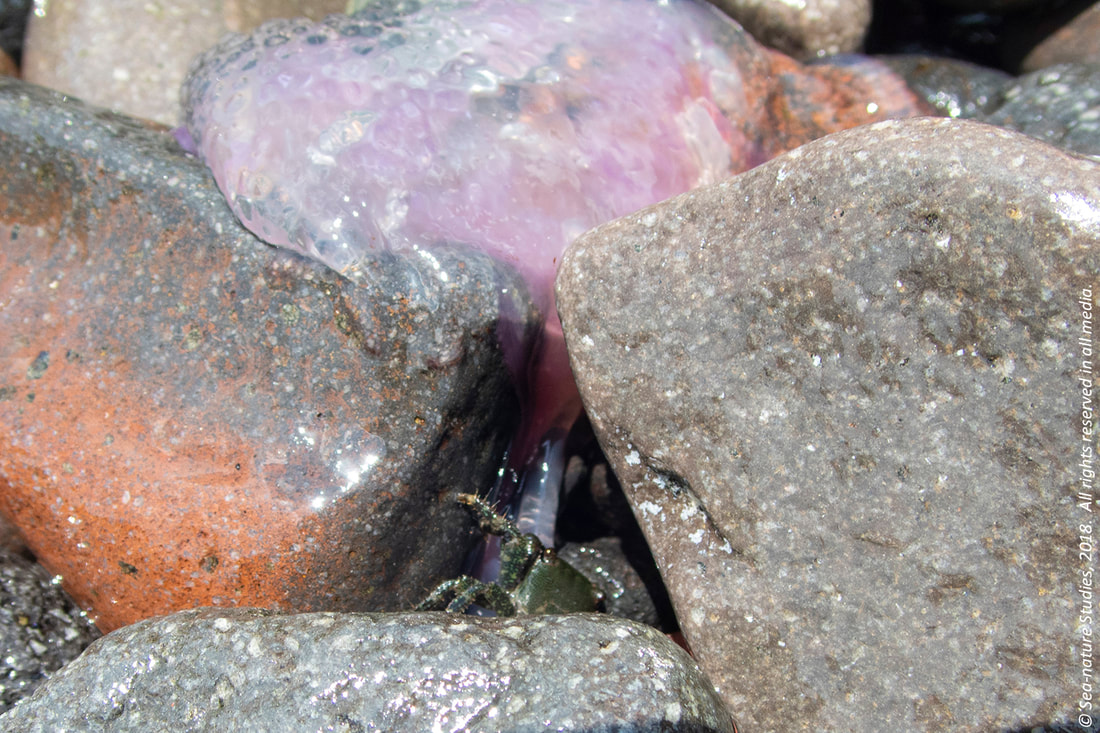 Plate 1. Pachygrapsus marmoratus (Fabricius, 1787), the marbled crab, feeding on a stranded mauve stinger, Santa Marina, Salina, June 2018.
The Eolian Islands are unsurprisingly, windy, the clue is in the name. On windy days it is not unusual to see medusae, principally Pelagia noctiluca, washed up on the shore by the wind driven waves. Sometimes the waves pick them up again and wash them back out to sea. So if you’re a crab, living between the stones on the shoreline, you have to be quick. Having been tuned into this activity it was easy enough for us to find other examples of the same behaviour. The image shows a small marbled crab next to a stranded mauve stinger. The jellyfish could be seen pulsing and was clearly still living despite being stranded on sun-baked rocks. The crab proceeded to use its claws to pick away at the mass of the jellyfish. Obtaining a reasonable photograph was challenging as naturally enough, the crab was wary and when approached would quickly scuttle for cover beneath the stones.

Crabs are noted as, 'widespread as well as common predators or scavengers of jellyfish' (Ates, 2017). In Table 1 of this paper the author lists those species which have been recorded as consuming live or dead jellyfish. Inevitably the list cannot be exhaustive but there are 26 decapod crustaceans listed and Pachygrapsus marmoratus is not one of them.

Predation of moribund Physalia physalis (Portuguese man o' war) by shore birds and ghost crabs (e.g. Ocypode quadrata) was noted in the Mississippi Sound as long ago as 1969 (Phillips et. al.). More recently the same behaviour was observed in South Africa near the border with Mozambique within the Cape Vidal World Heritage Site (near the town of St. Lucia). Here a species of ghost crab were taking the tentacles of this Siphonophorae down into their burrows but rejecting the bladders (Bray and Steyl, pers comm). Many stranded Physalia were seen with ghost crabs actively harvesting this resource.

Studies to date have relied on stomach content analysis as there has been little alternative. But as McInnes et al., (2017) point out in their study of black-browed albatross, stomach contents analysis, "cannot detect most gelatinous prey". These authors used DNA metabarcoding of scats to show that scyphozoan jellyfish formed a significant part of the diet of this top predator even suggesting it was selective rather than opportunistic. So the lack of evidence in the scientific literature for marbled crab predation of jellyfish prey is perhaps not surprising. No doubt someone will undertake a molecular study at some point and with jellyfish populations on the increase it's not just the black-browed albatross that may benefit.

Pachygrapsus marmoratus clearly have a flexible omnivorous diet (Silva et. al., 2009; Cannicci et. al., 2002). It has been suggested that marbled crab are not simply generalist and opportunistic feeders but that they may be selective feeders regulating consumption of animal and plant material to support their needs (Cannicci et. al., 2002). The question is how important might jellyfish predation be to populations of marbled crab in the Aeolian archipelago? How steady is the supply of this potential part of the crabs diet in these islands? Is it pure opportunism and a general scavenging ability which enables them to exploit this food source or is there something more in play here? Bearing in mind the small size of the crabs observed here and the possibly unfavourable (marginal?) nature of the habitat, do all age groups take such prey equally? Silva et. al.(2009) report that studies have shown the species to be, 'active during nocturnal low-tides'. This behaviour was observed during daylight. Presumably, it also occurs at night. But given that a nocturnally active predator is prepared to feed in full daylight this suggests that either it is tuned in to take whatever it can get or, it is on the lookout for jellyfish and takes them whenever the opportunity arises.

"There are three principal means of acquiring knowledge... observation of nature, reflection, and experimentation. Observation collects facts; reflection combines them; experimentation verifies the result of that combination." Denis Diderot

"We cannot create observers by saying 'observe', but by giving them the power and the means for this observation and these means are procured through education of the senses." Maria Montessori

Phillips, J. P., Burke, D., and Keener, E. J. (1969). Observations on the trophic significance of jellyfishes in Mississippi Sound with quantitative data on the associative behaviour of small fishes with medusae. Transactions of the American Fisheries Society 98, 703–712. 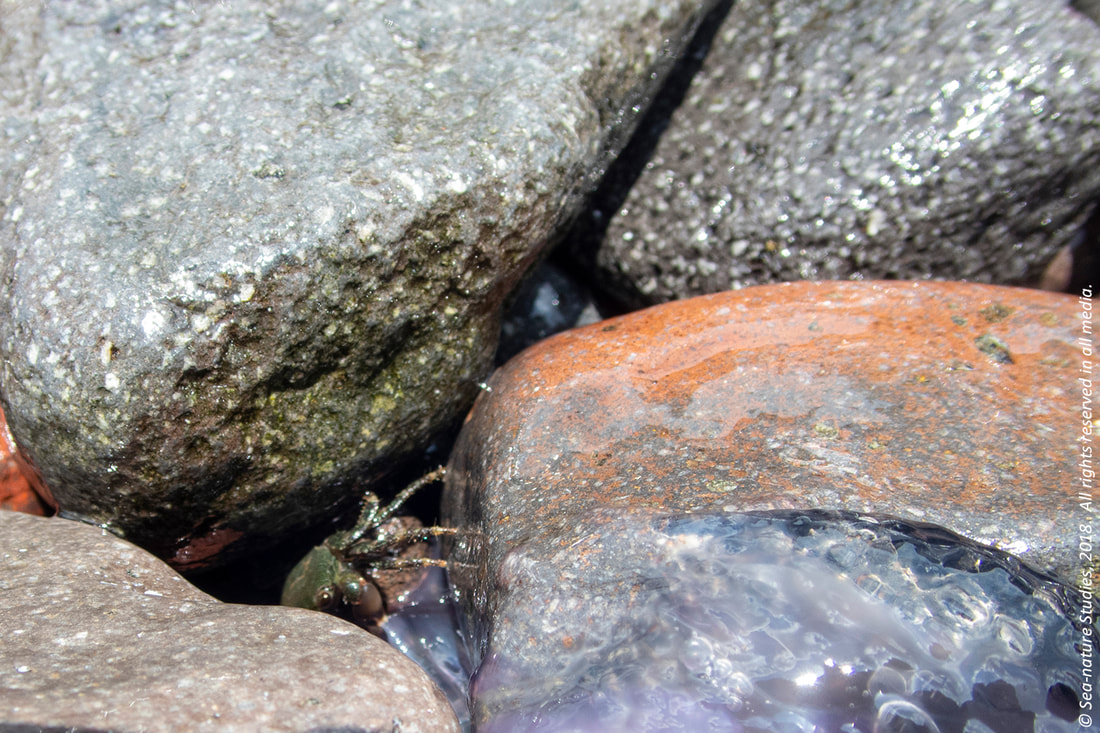 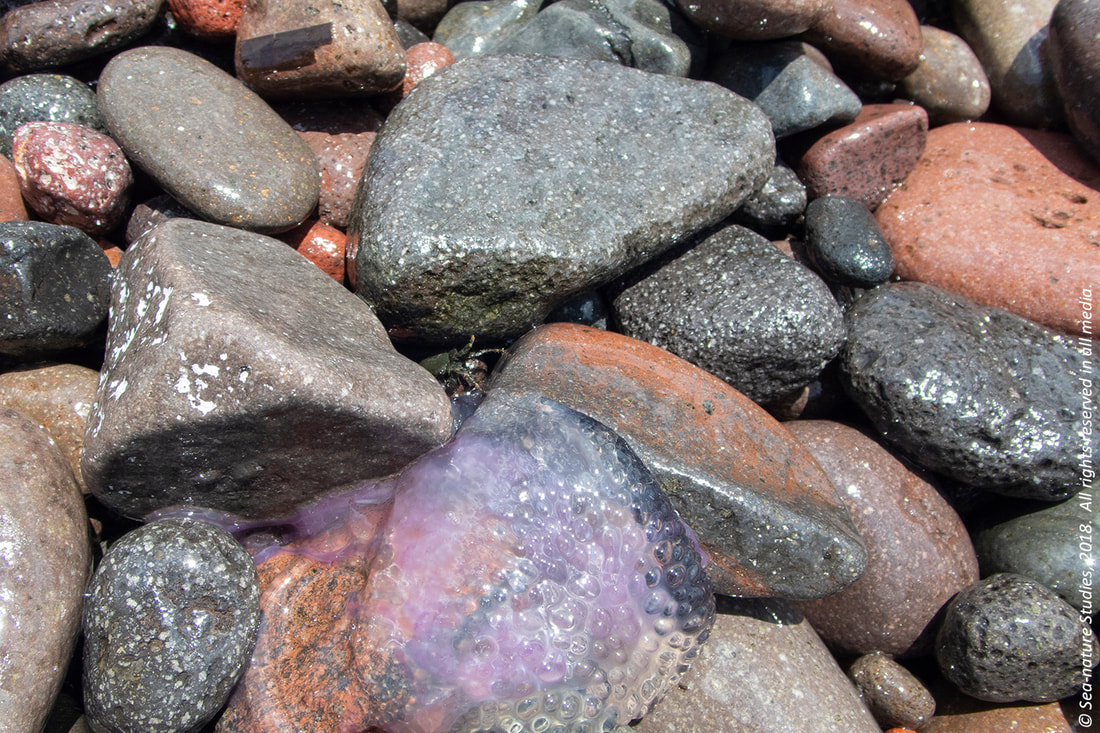